For Relations, for Generations

More than 70 years ago, just after the Second World War, we spotted an opportunity. Europe’s liberators left behind a lot of rolling stock, including a large number of army trucks. When post-war reconstruction began, there was a strong demand for cranes and we quickly devised an innovative solution. The idea was that cranes could be mounted on the trucks. This turned out to be a great success and we were soon importing cranes, trucks and bulldozers from the US. Today, we still sell and rent mobile cranes under the name Hovago Cranes.

Our ability to spot and seize opportunities is the first cornerstone of our business. Partnership is the second. We believe that collaborating in a spirit of partnership leads to entrepreneurial success, a principle that we grasped during our initial business trip to the US in the 1950s. It was at this point that we started a long-term partnership with the entrepreneur whose children and grandchildren would later join the company, which brings us to the third cornerstone, family. The involvement of three generations in the company means we are a genuine family business. 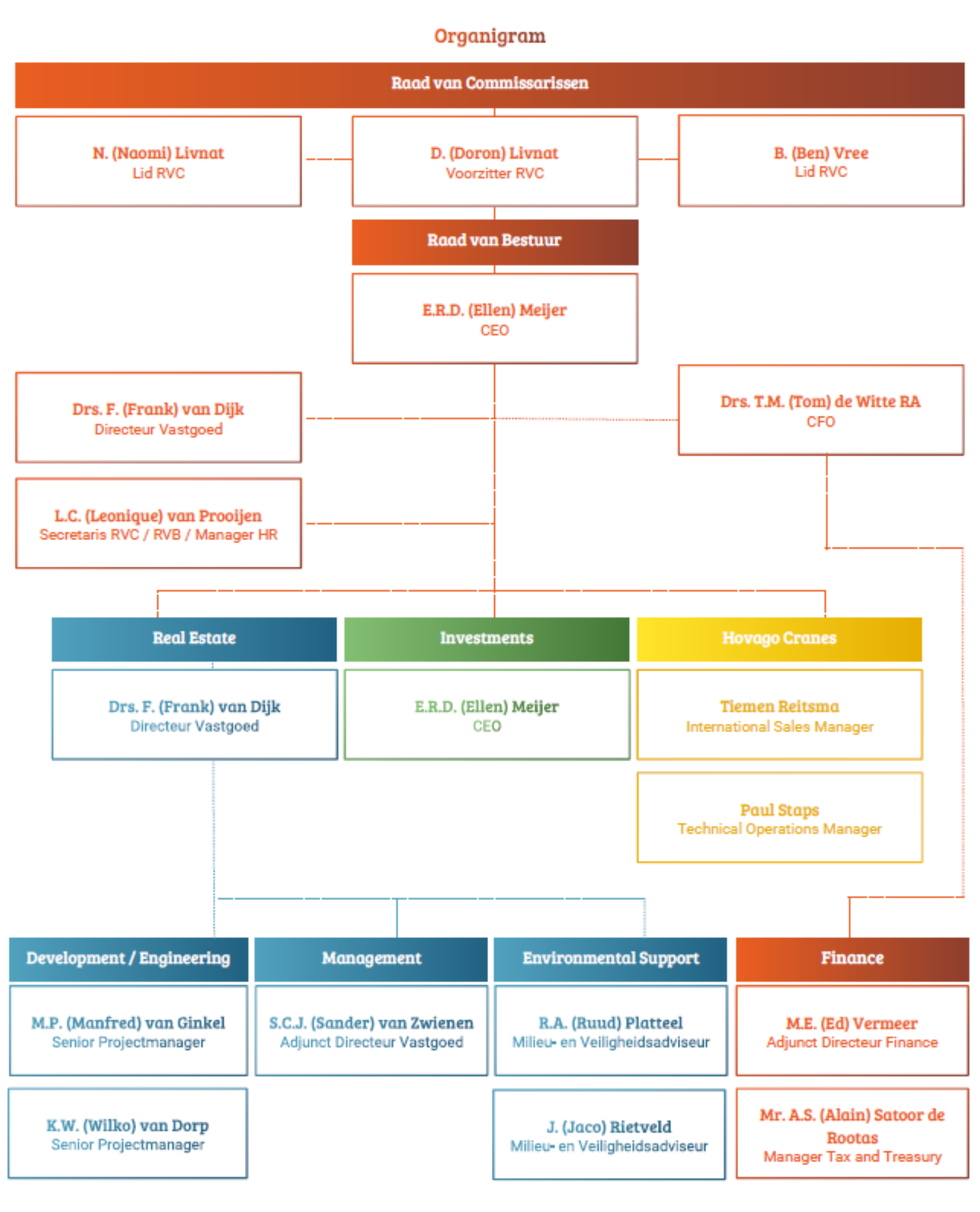